You are HereHome / Archives for category : ‘Gallery’ (508 items found)

Esquire Mexico – Behind the scene

Hello everyone! Here is a video from behind the scene of Amber Heard’s Esquire Mexico covershoot! She’s amazing! I’ve uploaded screencaptures in the gallery in MQ, and you can watch the video below. She has been photographed by John Russo.

Good afternoon everyone! Amber Heard went yesterday at the 2014 Texas Film Awards at Austin Studios in Austin, Texas, with boyfriend Johnny Depp! She won a Rising Star Award during this event! She was lovely in her Ulyana Sergeenko dress. Johnny and her were really pretty together. You can see pictures from the press conference, from her arrivals, during the show and from backstage in the gallery now! 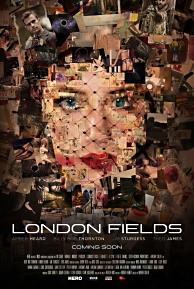 Hello! Here is a new candid of Amber Heard, when she was Shopping at Whole Foods Market in Los Angeles on February 23rd. She was beautiful in her casual outfit, dressed in an army green parka over a long white maxi dress and gold flats. You can find 35 new pictures in the gallery.