You are HereHome / Archives for category : ‘Guess’ (18 items found)

Amber Heard continues to promote Guess with the new fragrance ‘Guess Girl Belle‘. She’s still sexy and amazing for this new campaign, photographed by Ellen Von Unwerth again. I’ve uploaded advertisements and one promoshoot for this new fragrance in the gallery. Hello!! First, I have uploaded new pictures of Amber Heard for her Guess Girl Campaign!! I’ve added two new outtakes and I’ve uploaded one outtakes in HQ. You’ll find the pictures in the gallery.
Below you can also read an article about a new movie project rumor about maybe Amber Heard will join the cast of the movie ‘Fifty Shades of Grey‘ based on the E. L. James’s best seller. Amber Heard could play Kate Kavanagh. And you, will you be excited to see Amber Heard in this movie project ? Now, there have been suggestions that Amber Heard could be the ideal candidate to play Kate Kavanagh in the Fifty Shades of Grey movie. While some people had mentioned Amber Heard as a possible candidate for Ana in the film, she does seem much more suited to Kate. For those of you who are unfamiliar with the Fifty Shades of Grey books, Kate Kavanagh is the roommate of Anastasia Steele. Kate has strawberry blonde hair and is described as being domineering, persistent, beautiful, vivacious and willing to do whatever it takes to get her own way.

So far, there have been no official castings for the Fifty Shades of Grey movie but, if Amber Heard was to be cast in the role of Kate Kavanagh, you certainly would not hear us complaining, as we feel that she is more than capable of pulling off the role and being a convincing Kate. 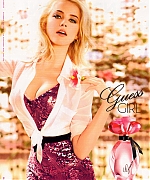 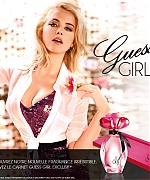 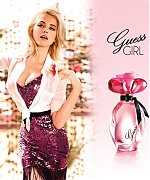 I’ve uploaded new pictures of Amber Heard from Guess Girl campaign : two outtakes from the promoshoot, one pictures from Instagram (behind the scene of the shoot), one picture of the perfume and one new advertisement from Be french magazine. You can see it into the gallery!! 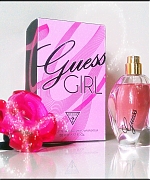