Hello everyone! It seems that Amber Heard is in talks to star in upcoming DC movie’s ‘Aquaman‘, according to Variety and The Hollywood Reporter. You can read an article from Variety below about this news. Amber could star opposite Jason Momoa as the female lead in this movie. Are you excited about this news ?

Amber Heard is in talks to join the cast of WB’s “Justice League” pic as the love interest of Jason Momoa’s Aquaman, sources close to the project tell Variety. Insiders go on to add that she would not only appear in “Justice League” but would also co-star with Momoa in the studio’s standalone pic that currently has James Wan on board to direct.

If a deal does close, Heard would join an ensemble that already includes Momoa, Ben Affleck, Henry Cavill, Gal Gadot and Ezra Miller, all of whom are expected to make some sort of appearance in “Dawn of Justice” before reprising their roles in “Justice League,” which is set to bow on Nov. 17, 2017. Production is set to begin this April with Zack Snyder directing from a script by Chris Terrio.

Heard would be playing Mera, an undersea queen who eventually marries Aquaman in the comics. The role would mark Heard’s first venture into the comic book realm and comes on the heels of one of her busiest years. She appeared in “Magic Mike XXL,” “The Danish Girl” and “The Adderall Diaries” in 2015.

Amber Heard and Johnny Depp officialy get married in a secret ceremony at Depp’s West Hollywood home, in Los Angeles, on Tuesday, February 3rd. They will next jet off to his private island in the Bahamas for a second service. You can read more about this news below. Are you happy for them ?

They just couldn’t wait! Johnny Depp and Amber Heard have officially tied the knot, sources reveal to Us Weekly. The couple decided to say “I do” just days before their scheduled ceremony in the Bahamas.

“It will be a really simple ceremony,” a source previously told Us of the tropical getaway. “Things are in a great place with them.” Depp, 51, and Heard, 28, met on the set of Rum Diary in 2009 and began dating in 2011. Us confirmed in January 2014 that they got engaged, with Depp confirming the news himself that March. “The fact that I’m wearing a chick’s ring on my finger is probably a dead giveaway,” the actor said of his own diamond ring (via Associated Press) on March 31. “Not very subtle.” An insider added to Us that the ring Depp gave Heard was “too big for her, so he started wearing it.”

Amidst the happy news, Depp and the Magic Mike XXL actress celebrated their engagement party at the Carondelet House in L.A. Heard wore a “vintage dressy” ensemble at the intimate bash as they were feted by famous pals like Steven Tyler, Mandy Moore, Marilyn Manson, and Pirates of the Caribbean producer Jerry Bruckheimer. This is the first marriage for Amber Heard and the second for Depp. The Yoga Hosers actor was married to makeup artist Lori Allison from 1983 to 1986. He also shares daughter Lily-Rose, 15, and son Jack, 12, with ex Vanessa Paradis, whom he split from in 2012 after 14 years together.

Here is a great news! According to Deadline, It seems that Amber is in talk to join british Oscar-winning The King’s Speech director Tom Hooper‘s upcoming movie : ‘The Danish Girl’. She could plays the strong supporting role of Oola. Below you can read more information about this new project.

She will star opposite Eddie Redmayne as Einar Wegener/Lili Elbe, an artist who was among the first to ever undergo sexual reassignment surgery. Alicia Vikander will play his wife Gerda Wegener, while Heard is being courted for the role of Oola. Hooper will work from a script by Lucinda Coxon, adapting the 2001 novel by David Ebershoff.

The book is officially described as follows: Inspired by the true story of Danish painter Einar Wegener and his wife, this tender portrait of a marriage asks: What do you do when someone you love wants to change? It starts with a question, a simple favor asked of a husband by his wife on an afternoon chilled by the Baltic wind while both are painting in their studio. Her portrait model has canceled, and would he mind slipping into a pair of women’s shoes and stockings for a few moments so she can finish the painting on time. Of course, he answers. Anything at all. With that, one of the most passionate and unusual love stories of the twentieth century begins. 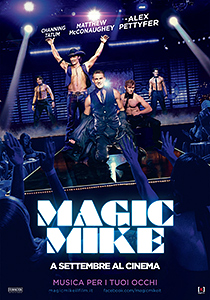 Hello! Maybe you already heard about that rumor that Johnny Depp and Amber Heard was engaged on french and english website. Recently, JustJared confirm that they are officially engaged to be married! Neither Johnny or Amber have publicly commented on the engagement, but we can think that it’s true. Congratulation to the couple, I hope a lot of love for both of them! What do you think of this news ? Are you excited ? You can leave a comment below or vote :