I added some latest of Amber at the Toronto film Festival she’s totaly !!! I’ll add others pictures on this week end, I can’t add more for this moment. I add some stills from the movies The Stepfather. I also add the beautiful portrait of amber at the , she is absolutely sublime!!! 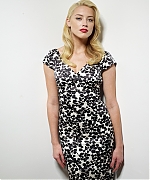 Amber recently appeared in the magazine Teen Vogue with many others who become more and more famous. I have added the outtakes of the in the gallery, Amber is wonderful!! A video is available here I post it below. The article is available here. Hi everyone , a new clip from the movies Zombieland where appears is recently released, it was aired on . It appears very little in the film since the fatal plays the role of a girl who is, itself become a . You can see the clip below.

The Movies The Joneses where Amber plays will be part of programming special of the .

Hello everyone , As you can see the site has a , this time in shades of this version was achieved thanks to the was done for the magazine Saturday Night from 2008. It was conducted and coded by myself. Do not hesitate to leave your Reviews, and hope you like it as much as me!! I also wanted to thank you because the site has recently reached more 5.000 hits!! Thanks so much!!

I added in the gallery of several amber Notament photoshoots for the magazine , , and . The pictures are all tagged, but they are superb!! Thanks to Marine for this pictures!! Hello everone!! I’m from vacation. The news of Amber has not been very volatile during my absence, I still add in the gallery ,I update several albums of his public appearances, I also add two movie stills of the movies The Stepfather , Movie Poster of Zombieland and DVD covers of the movies The Informers.
I also find many pictures () of Amber at , album now contains 28 pictures.