Yesterday Amber went at The Cosmopolitan Magazine Party , only three photos are out but amber is beautiful above. You can find the pictures in the gallery. I have found some exclusives pictures , photoshoots from Maxim by and Saturday Night by . Thanks so much to Gregg and Alexou for this pictures <<3. I really want to thanks you too , for the 2.000 visits of the website!!!! The visits increase more and more it’s really a !! And finally I push a little help from mouth to those who use the themes gallery of others, or inspire them without putting a small link to … 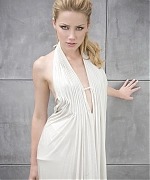 I have found a little of amber at the Premiere of the movies Public Ennemies , she’s very short, we just can see Amber leaving , she’s totaly , with her dress and her belt. I also added some pictures , this album now has over 120 pictures!!

Amber visited yesterday the Premiere of the movies Public Enemies , where her co-star plays. She’s very beautiful!! I have added in the gallery!! I also uploaded many from her movies and completed some albums.