OMG!! Amber is on the cover for this month of September of Ocean Drive magazine!!!! She’s totaly beautiful and amazing on the cover!! I have uploaded the 5 scans from magazine and 4 pictures HQ from the photoshoot made by Jack Guy. Amber is really beautiful!! You can also read an interview on the official website of the magazine, and you can watch HERE behind the scene of the cover shoot. 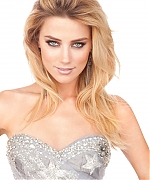 Amber Heard burns up the big screen, snagging choice roles while deftly sidestepping the tabloids.
It’s one thing to be a long-stemmed, angel-faced blonde, slaying hormonal moviegoers with the bat of an eyelash. It’s quite another to transcend that stereotype, offer three-dimensional portrayals of two-dimensional characters, and become leading lady in a wide variety of prominent films. Many try, few succeed and even fewer make it last longer than a season or two. But such is the career trajectory of Amber Heard, the bordering-on-brilliant babe with tenacity to spare and Hollywood greatness in her sights. Through the years, Heard has caught our eye on big screens and small—from TV’s Hidden Palms, Jack & Bobby and The O.C. to films such as The Stepfather, Alpha Dog, Never Back Down, All the Boys Love Mandy Lane and Friday Night Lights. She won the Breakthrough Award at the Movieline Young Hollywood Awards for her role as Seth Rogen’s girlfriend in Pineapple Express and played a younger version of Charlize Theron in North Country. (Theron’s looks-transcending career could set the tone for Heard.)

This winter, she unleashes blood-curdling screams in The Ward—John Carpenter’s first directorial effort in eight years—before riding shotgun to Nicolas Cage in 3-D action flick Drive Angry in early 2011. Also en route to theaters are The River Why with William Hurt and Zach Gilford, And Soon the Darkness and ExTerminators. Heard also takes on the role of Chenault—the beauty at the center of a love triangle with Johnny Depp and Aaron Eckhart—in the film adaptation of Hunter S. Thompson’s The Rum Diary, expected to hit theaters in December. It’s a diverse—not to mention full—docket of dream gigs, a list that gratifies and humbles her to no end. “As an actor, I’m always thrilled to take risks,” Heard says. “I’ve worked really hard to bring something more to ‘pretty girl’ roles over the years. I consider it a challenge as an actor; it’s my job. As we all know, there aren’t a lot of roles for up-and-coming actresses to sink their teeth into. So at this point, I throw those other roles in the trash.” Certainly being tapped by Carpenter for The Ward is a feather in her cap. “I love doing horror films,” she enthuses. “And John is amazing. He has complete faith in his actors yet is so meticulous. Sometimes a lack of management can be nerve-wracking on set, but with him it was just the opposite. He made us feel like we could breathe, yet he noticed every detail.

Meanwhile, The Rum Diary, shot on location in Puerto Rico, marks a turning point in her career, both as an actress and a Thompson fan. “I was thrilled to learn they were making a project of the book in the first place,” she says. “Hunter’s alternate vision of reality has always struck a chord with me. But then to be cast, and to learn that Johnny Depp was involved? Elated. I was working with the best of the best, not to mention with people who called Thompson a friend. The director [Bruce Robinson] did a film I love, Withnail and I, and he just really knows how to bring all the right elements together.

Heard, who originally hails from Texas, is fluent in Spanish and felt right at home in Puerto Rico, as she always has whenever visiting Miami. “I used to vacation every year in Miami on my birthday,” she says, “back when I had the time to vacation. It has the best beaches in the States, and the people are undeniably special. The culture, the music… I really love the city.

While she admits to letting loose when here in Florida, scandalizing Hollywood is definitely not her cup of tea. “There’s a huge group of people in Hollywood whose job it is to go out and act wild,” she says. “My job has nothing to do with that. It’s weird, the voyeuristic approach to celebrity these days. People like to live vicariously, I guess. I’m saddened, though, when I see young women making a career out of embarrassing themselves in public.” For Heard, the line between her public and private lives is very clear-cut, and she has no intention of conforming to a more onthe- edge lifestyle. “I draw that line at what you can probably find about me on the Internet,” she laughs. “You won’t find too much. And anyone who tries to pressure me into any situation doesn’t know me. They quickly find out it’s an exercise in futility.”

While her personal life is squarely under her control, the end product of certain past projects is not. She is particularly torn about the outcome of the film adaptation of Bret Easton Ellis’ The Informers, which called on her to get quite wild——on screen, and unfortunately did not turn out the way she had anticipated. “I’ve always been a huge fan of the book and of the author,” she says. “The things I did on-camera were important for the role and pretty graphic, but it was all very hard to swallow when the film came out. At the end of the day, I did a risky project and I’m proud that I had the guts to do it Despite Heard’s ambivalence regarding this particular film, the good news is that audiences and the filmmaking community at large are overwhelmingly, madly in love with her. If the upcoming season’s releases are any indication, we should expect more and more from this statuesque talent in years to come.. No Responses to “Ocean Drive Issue of September”